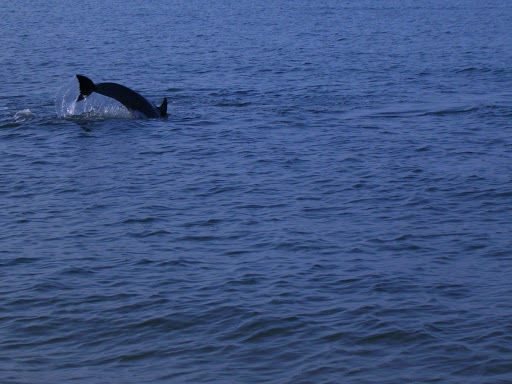 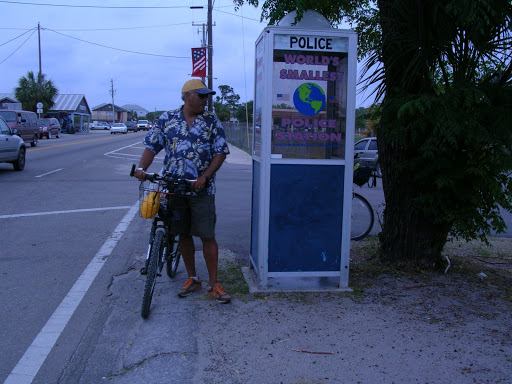 nachdem wir das kleinste Postamt der USA gesehen haben, sind wir jetzt auch an die kleinsten Polizeistazion der Welt. ... na ob das mal stimmt?
im Wohnmobil durch Amerika, Camperurlaub
in Carrabelle in Florida an der vergessenen Kueste
Carrabelle, Florida - World's Smallest Police Station
Back when the town of Carrabelle (current pop. about 1200) had no true police station, the police parked their cruiser beside a telephone booth near the main intersection, where they could pretty much see everything going on. For many years, calls for the police came in to the telephone in the booth.
Better radios and cell phone service put an end to the need for the phone booth, but one of the more recent of the telephone booths used is still in the center of town, across from the Chamber of Commerce. The original phone booth is on display at City Hall just a couple short blocks away.
Address:
US Hwy 98, Carrabelle, FL [Show Map]
Directions: On north side of US Hwy 98 just west of County Road 67. The original is in City Hall at 106 SE Avenue B.

That's the number for a blue phone booth on the main drag that is the world's smallest police station. The phone booth is shaded by a shiny berry tree, and there's a park bench in front where policemen can keep an eye on the town of Carrabelle (population 1,800).
The phone booth was installed in 1963 to keep policemen out of the rain. "They used to have a phone on the wall across the street," says Police Chief Jesse Smith. "But every time it rained, the man who answered it would get wet."
At the time, the single police officer walked a beat and didn't have a patrol car, Smith says. The department has grown to three officers since then, but little else has changed.
"I love it here," says Smith, who's worked for the station for 22 years. "It's just like any other place. You have the same things, you just don't have as much. Some days you'll come and you won't get a call all day, other days they'll keep you running."
When he's not patrolling, Smith parks by the phone booth. "We just sit here because there's a little shade and it's right in the middle of town. We can see everything that's going on. And if people need to get a hold of us they call it and we answer the phone."
Smith said visitors come from "all over the world" to see his police station. "They want us to stand around and take pictures with them and we do it." (The town now has another one-room police office, but it doesn't attract visitors.)
In 1991, Smith was a guest on the Tonight Show with Johnny Carson. "I enjoyed the trip, it was real nice. They carried us all over the place in a limo. Johnny just asked about the police station."
Smith has also been featured in a commercial for the police program "In the Heat of the Night." But Carrabelle doesn't get the program, and "I ain't never seen it," Smith said.
Be sure to wave the next time you drive through Carrabelle. Or better yet, stop and chat a while. 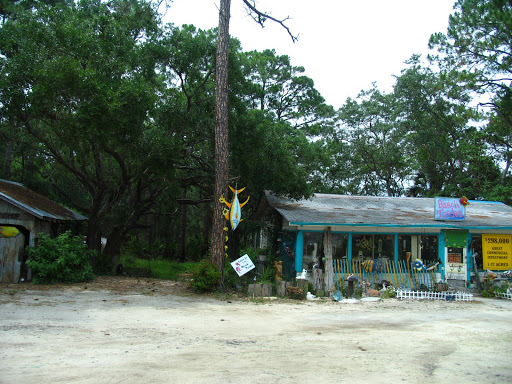 Carrabelle die vergessene Kueste
wir haben unseren Platz im Carravelle Palms RV Park direkt am Meer gefunden. Schoen und sauber, angenehm zum rasten, weit entfernt vom Trubel
im Wohnmobil durch Amerika, Camperurlaub
Carrabelle is located on St. James Island, although you might never realize it unless you look closely at a map of the area. The "Isle of St. James" is surrounded by bays, rivers, and an offshore barrier island known as Dog Island. The history of Dog Island and Carrabelle includes a wonderful mix of Indians, shipping, bootlegging, logging and war. Rio Carrabella was the name of the town recognized by the first post office in this area and was said to mean "beautiful river". Early settlers in the area, both Indians and early Europeans, hunted the bountiful game for food and furs, which were then shipped out of St. Marks. Carrabelle's boom time came after the Civil War when lumber and naval stores were the most important commodities. In 1875 the first lumber mill was established- cutting pine and cypress from the river and in the swamps; shipping it to the north. Ships, mainly schooners, would come through the pass and drop anchor behind Dog Island in Ballast Cove, so named because the ships would drop their ballast before sailing into Carrabelle to pick up their cargo. You may to this day find ballast rock in the cove.
By 1893 there were many more lumber and saw mills along the Carrabelle River and the downtown area was established around Coombs Mill, close to the mouth of the river. The town was incorporated in May 1893 and during this time, the area flourished- docks were stacked high with lumber and turpentine. There was a railroad station from which trains carried salted down mullet and other goods to points north, as well as ringing in needed supplies for the residents. The railroad also brought tourists from Tallahassee to stay at the Lanark Springs Hotel, a luxurious resort hotel. A disastrous hurricane hit the town head on at the turn of the century and it was at this time that the downtown area was moved to its present location. The town was rebuilt, and many of today's larger buildings were built during the early part of the 1900's.
During this boom time for Carrabelle, lumber and turpentine were king. During a short period, Greek sailors came and began a flourishing sponge industry. Between World War I and World War II, Carrabelle went into a severe economic slump. Fishing became the principal industry and along with the entire country, Carrabelle slipped into the depression. During the Prohibition much business was done by barter and there was a brief period in which smugglers from the Caribbean unloaded their contraband near Alligator Point and hid in the nearby woods. In 1942, with the entry of the United States into WW II, Camp Gordon Johnston was built and thousands of men were trained at the camp. For many it was the last stopover for those going to the Pacific or European theaters. Carrabelle was also an important port for shipping oil. The oil was shipped from Texas, through the Intercoastal Waterway to Carrabelle and then on to Jacksonville through a pipeline, where it was loaded on ships for delivery to Europe. The pipleline began at what is known as Three Rivers. Quelle:

about us / wir ueber uns

wie was wo wann in